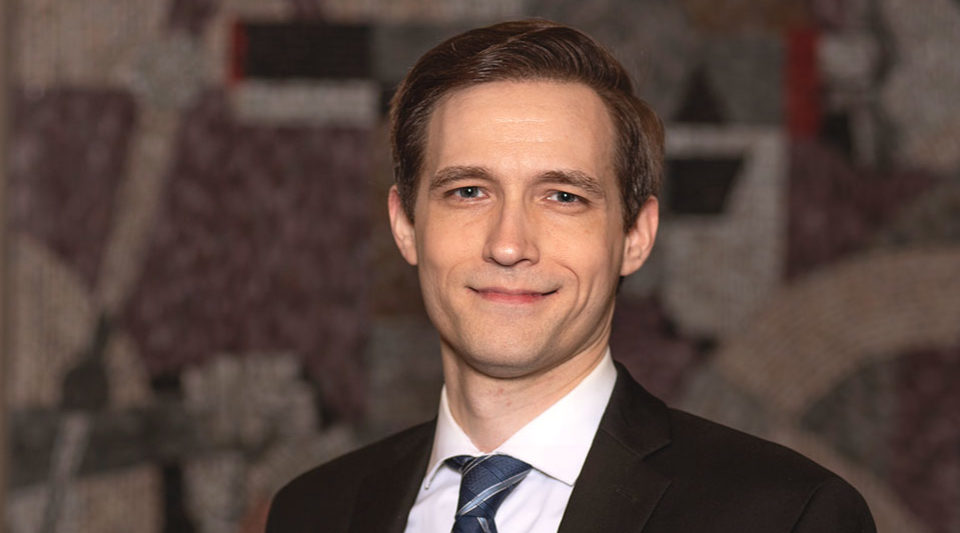 David Burghoff, assistant professor of electrical engineering, has received a 2021 National Science Foundation (NSF) Early Career Development (CAREER) award. The award is one of the NSF’s highest honors given in support of young faculty who have the potential to serve as academic role models in education and research.

Burghoff explores quantum and nonlinear optics to harness the interactions between long-wavelength light and matter. His work pushes the limits of conventional electronics, contributing to the creation of sensors, devices, and systems that address challenges in healthcare, energy, security, and transportation.

“An artificial neural network is a machine learning technique that mimics the operation of the human brain,” said Burghoff. “These networks are typically implemented using electronics.”

Neural networks that use light instead of electronics could potentially perform calculations even faster — at the speed of light, Burghoff said. However, full-scale optical networks that can compete with electronics have not been demonstrated, and part of the reason is that they lack the critical nonlinear element that allows artificial neural networks to make decisions. Burghoff’s research will develop new optoelectronic devices that fill in this missing piece.

“These new neurons will be able to make decisions based on the amount of light that hits them, which eventually will allow for ultrafast optical neural networks,” said Burghoff.

“This could directly benefit many fields, as it could provide direct speed-up of computing tasks or even allow for information processing that does not use electronics at all.”

Burghoff’s CAREER project also includes plans for the development of an optics outreach program for middle school students, a summer research program for undergraduates from underrepresented groups, and a new graduate course on nonlinear optics.

Burghoff received his Ph.D. at the Massachusetts Institute of Technology. He joined the Notre Dame faculty in 2018. He is the principal investigator in the Quantum and Nonlinear Optoelectronics Group and an affiliated faculty member of the Center for Nano Science and Technology and Center for Sustainable Energy at Notre Dame.

His other honors include the 2019 Young Investigator Award from the Air Force Office of Scientific Research and an Intelligence Community Postdoctoral Research Fellowship, and the J.A. Kong Outstanding Electrical Engineering Thesis Award from the Massachusetts Institute of Technology.