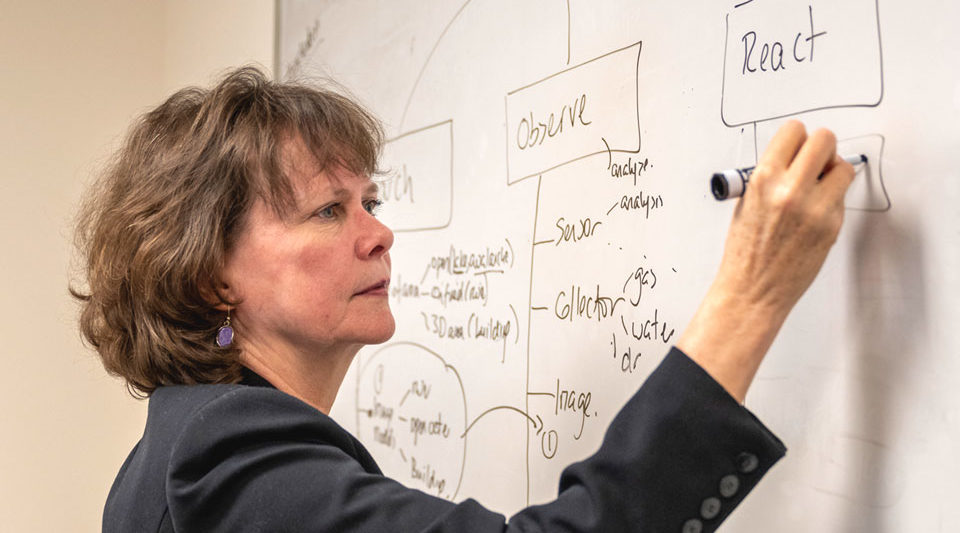 Jane Cleland-Huang, professor and chair of computer science and engineering at the University of Notre Dame, has been awarded an endowed professorship. She was named the Frank M. Freimann Professor of Computer Science on July 1, 2022.

Appointment to an endowed chair is one of the highest honors in the University, signifying distinguished achievement in one’s field, said Patricia J. Culligan, the Matthew H. McCloskey Dean of the College of Engineering.

“Professor Cleland-Huang is a world-class leader in software engineering,” Culligan said. “She serves as the North American Director of the international Center of Excellence for Software and Systems Traceability, and she has received numerous distinguished awards for her published work.

“In addition, she is an outstanding mentor to graduate and undergraduate students. This honor could not be more well deserved.”

She is the faculty founder of the Notre Dame Unmanned Aerial Vehicle Club, which in 2021 received a NASA research award for drone scoop-and-grab technology. She also has served as director of graduate studies for the department of computer science and engineering.

Cleland-Huang has served as associate editor-in-chief of IEEE Transactions on Software Engineering and on the editorial board of IEEE Software. She serves on the Editorial Board of Springer-Verlag’s Requirements Engineering Journal.

She earned her undergraduate and master’s degrees at Governors State University and her Ph.D. in computer science at the University of Illinois at Chicago. She worked in industry as a software developer before starting her academic career at DePaul University in 2002.

Cleland-Huang joined the Notre Dame faculty in 2016. She was appointed chair of the department of computer science and engineering in 2022.