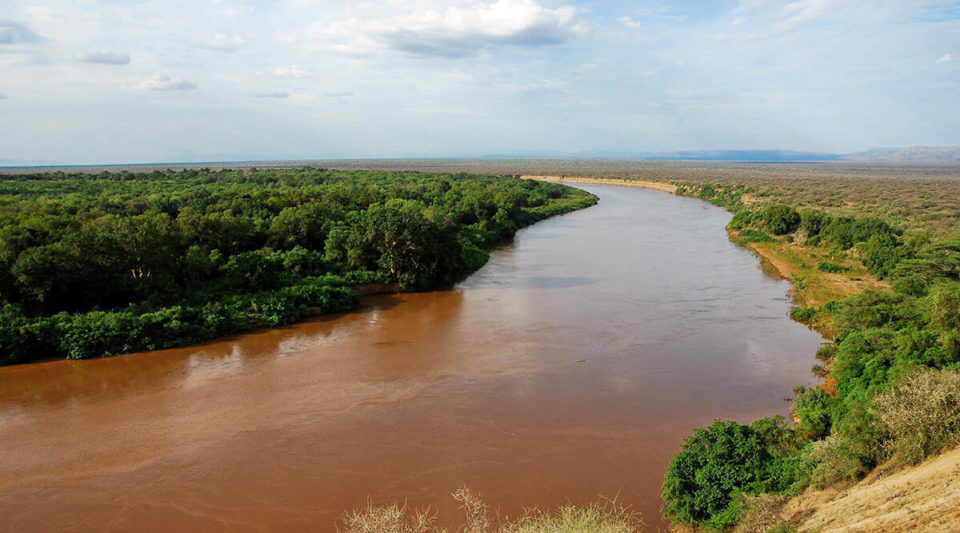 Water from Ethiopia’s Omo River, which flows for 472 miles along the country’s southwest side, has helped sustain the livelihood of tribal populations for hundreds of years. Human rights organizations have estimated 200,000 people in the region rely on the Omo’s water for cattle and to grow crops like sorghum and maize.

But new research shows large-scale land acquisitions (LSLAs) in the region could threaten water resources downstream to the local farmers and Indigenous populations living along the Omo — just one example of how a decades-long “global land rush” could intensify water scarcity around the world.

“The idea of this study was to quantify how many of these deals, how much of this land acquisition would cause competition and water grabbing — and how much is actually beneficial. We found that the majority of those land acquisitions actually cause competition,” said Marc Müller, assistant professor in the Department of Civil and Environmental Engineering and Earth Sciences at Notre Dame and co-author of the study.

“We looked at the crops being planted and the water needed for those crops, and what we found is that if the acquisitions go as planned, if these crops and the area of irrigated land changes the way investors have said they plan to change it — there’s not enough water for everybody.”

More than 220 million acres of land in middle-income and developing countries were purchased through LSLAs to increase production of local staple crops and to produce export-bound crops such as wheat and those that could be utilized for biofuel, such as palm oil and sugar cane.

“You need a lot of water to produce these foods,” said Müller. Some of that need is met by rainfall, or green water. When green water isn’t enough to meet the needs of the crop, the next step is supplemental irrigation using blue water, or water that can be redirected or taken from one source and used elsewhere. But supplemental irrigation is unsustainable when it depletes blue water resources — leaving independently owned farmlands and local populations hurting.

“If you have blue water scarcity — if there is not enough water to irrigate after the land acquisition — that creates competition with local water users,” Müller said. “All the communities that rely on the same water — now they don’t have enough for their own crops.”

An outcome those living along the Omo River could very well face.

As part of the study, Müller and his co-authors closely examined development of two land deals, simulating the need for surface water irrigation in Western Ethiopia, and found increases in water scarcity downstream.

“That was surprising,” Müller said. “If you withdraw the water from the system upstream, it clearly affects how much stream flow is available downstream. All the people along the river that rely on that water — they will feel it. There will be less water available for use. You can see the broad effects downstream. It goes way further than I actually expected.”

The study highlights how the globalization of land and food systems can put additional stress on water resources and limit water access at the local level.

“By increasing how much water is necessary at any given locations, these deals shift the balance and water becomes very limited locally,” said Müller.

“One of the arguments of this project is, are these agricultural transitions from small-holder, traditional farming to large, mechanized agriculture beneficial? You want to determine when evaluating the impact of an impending deal whether the benefits are going to outweigh the costs.”

The research is part of a series of studies the team has done to examine the impact of LSLAs on a broad scale, identifying global patterns and observations. A previous study focused on the impacts on food security.

Co-authors of the study include Gopal Penny, then a postdoctoral student at Notre Dame and currently assistant professor at the National University of Singapore; Davide Danilo Chiarelli and Maria Cristina Rulli at the Polytechnic University of Milan; Paolo D’Odorico at the University of California, Berkeley; Nathaniel D. Mueller at Colorado State University; Kyle Frankel Davis at the University of Delaware; and Jampel Dell’Angelo at Vrije University Amsterdam.