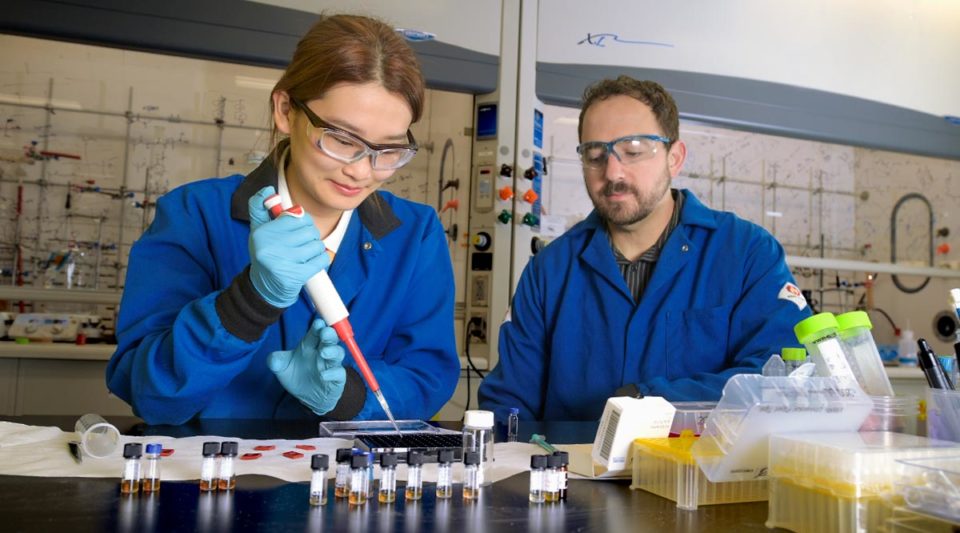 For children with Type 1 diabetes, the risk of experiencing a severe hypoglycemic episode is especially common — and for parents, the threat of that happening in the middle of the night is especially frightening.

Sudden and critical drops in blood sugar can go undetected overnight when the child is asleep, resulting in coma and death — an event known as “dead in bed syndrome.”

“A parent can check their child’s glucose levels right before they go to bed and everything looks fine, then around 2 a.m. their blood sugar is dangerously low — near comatose level,” said Matthew Webber, associate professor of chemical and biomolecular engineering at the University of Notre Dame.

Webber has listened to parents of diabetic children describe the fear of such an episode — waking up several times a night to check glucose levels and the panic of emergency situations and rushing children to the hospital in the middle of the night.

In severe situations, glucagon injections can stabilize blood glucose levels long enough for parents to get their child medical attention. But in a new study, published in the Journal of the American Chemical Society, Webber is rethinking the traditional use of glucagon as an emergency response by administering it as a preventive measure.

In the research, Webber and his team illustrate how they successfully developed hydrogels that remain intact in the presence of glucose but slowly destabilize as levels drop, releasing glucagon into the system, raising glucose levels.

“In the field of glucose-responsive materials, the focus has typically been on managing insulin delivery to control spikes in blood sugar,” Webber said. “There are two elements to blood glucose control. You don’t want your blood sugar to be too high and you don’t want it to be too low. We’ve essentially engineered a control cycle using a hydrogel that breaks down when glucose levels drop to release glucagon as needed.”

The gels are water-based with a three-dimensional structure. Webber describes them as having a mesh-like architecture resembling a pile of spaghetti noodles with glucagon “sprinkled” throughout. According to the study, in animal models the gels dissolved as glucose levels dropped, eventually breaking down to release their glucagon contents.

Ideally in future applications, the gels would be administered each night before bed, Webber explained. “If a hypoglycemic episode arose later on, three or five hours later while the child is sleeping, then the technology would be there ready to deploy the therapeutic, correct the glucose imbalance and prevent a severe episode.”

Webber emphasized that the research is in extremely early stages and parents and individuals living with Type 1 diabetes should not expect to see such a therapeutic available in the near term.

“One of the big challenges was engineering the hydrogel to be stable enough in the presence of glucose and responsive enough in the absence of it,” he said. Another challenge was preventing the glucagon from leaking out of the hydrogel’s mesh-like structure. While the team was ultimately successful, Webber said he hopes to improve stability and responsiveness with further study.

Co-authors on the study include Sihan Yu, Sijie Xian, Zhou Ye and Irawan Pramudya, all at Notre Dame.

Webber’s work to develop new materials for blood glucose control is funded by the Leona M. and Harry B. Helmsley Charitable Trust, the American Diabetes Association and the Juvenile Diabetes Research Foundation.